The KIT INT’L PLAYWRIGHTS SERIES is an annual series presenting 10 minute plays written in different languages, translated into English and presented in front of an audience that vote the best three to five plays. The finalists are semi-staged at the Opening Night of In Scena! Italian Theater Festival NY.  Each year the series focuses on a different theme with specific requirements.The global call, made possible by partnership with several companies based in NY and in various countries around the world, brings together playwrights from different cultures, countries, tradition and societies. New York, with its more than 600 languages spoken, welcomes these works on its stage to make once again “the world a theater”.
Previous Editions:
2019 Edition dedicated to the 50th Anniversary of Stonewall. Theme: LGBTQ+ 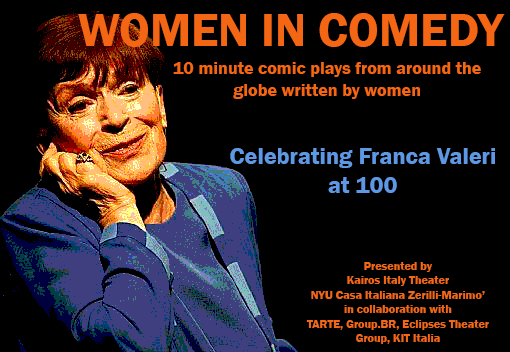 WOMEN IN COMEDY
10 minute comic plays from around the globe written by women.

KIT received about 300 submissions from women playwrights from several countries including Australia, New Zealand, the US, Italy, Greece, Brasil, France, South America, Canada. A jury from all over the world selected 15 of them. The first 9 are presented today. Hopefully in the near future we’ll be able to present the one from number 10 to 15.

But where would they live by D. L. Siegel
Directed by Debora Balardini with Nate Spear and Monica Vilela

What to expect when you by Bailey Jordan Garcia
Directed by Caterina Nonis with Miles G. Jackson and Dean Linnard 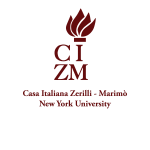