Some KIT productions are made to travel! Few interpreters, easy set and music, and a lot of fun! Need to know more? Contact KIT to bring such productions to your theaters, schools, communities and international audience. 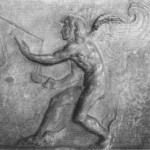 The shows are in English except for where otherwise noticed

A,B,C L’Italiano s’Impara Cosi’ – A funny one hour about Italian stereotypes and all the truths within. Professor Margherita will bring the audience through Italy, specifically in Bolzano, Milano, firenze, Roma, Napoli and Palermo. Love, Food, Art, Dialects… Margherita is going to teach you all! (Bilingual)’

Enrico IV, A Monologue – Enrico IV, the Pirandello classic, translated by Gloria Pastorino, examines madness versus the mask that society forces people to wear. King Henry, played by Sisto, speaks directly to his audience – who may just be crazier than he is. Featuring three times Obie Award Rocco Sisto. (In English)

Le Macchiette di Eduardo Magliaccio FARFARIELLO –
a journey in Farfariello’s sketches of the man and the women immigrating to New York in the first 1900. (IN ITALIANGLISH)

Toto’s Poetry in Words and Music – The story of the Principe Antonio De Curtis life told by his poetry and music. A journey through Toto’s soul and heart, and through his love of life and art… (BILINGUAL)

The Decameron – Three novels from Boccaccio’s masterpiece – The Decameron, subtitled Prencipe Galeotto, is a collection of novellas by the 14th-century Italian author Giovanni Boccaccio (1313–1375). The book is structured as a frame story containing 100 tales told by a group of seven young women and three young men sheltering in a secluded villa just outside Florence to escape the Black Death, which was afflicting the city. Boccaccio probably conceived the Decameron after the epidemic of 1348, and completed it by 1353. (in English with some Italian)

Il Visconte Dimezzato (The Cloven Viscount) an adaptation from Calvino’s novel – a fantasy novel written by Italo Calvino. During a skirmish with the Turks, Viscount Medardo gets hit with a cannonball right in his chest, splitting him in half from head to foot. After the battle ends, half his body is retrieved and taken care of at the field hospital. He dons a black mantle to hide his disfigured body and returns home. But the viscount is changed: it seems only his evil side has survived, and he starts engaging in countless depravities, from sentencing people to death for petty crimes to compulsorily cuttings animals and plants in half. (Bilingual)

The Papaleo Case Il caso Papaleo by Ennio Flaiano – From the screenwriter of La Dolce Vita and 8 1/2, a satirical one act play about the absurdly funny resurrection of a self-absorbed writer and the demise of his illusions. (In English and Italian)

The Worth of Women – Published in 1600, The worth of women takes the form of the latter, with Fonte creating a conversation among seven Venetian noblewomen. The dialogue explores nearly every aspect of women’s experience in both theoretical and practical terms. These women, who differ in age and experience, take as their broad theme men’s curious hostility toward women and possible cures for it.

All productions are all Bilingual (English+Italian).

Stories of many stories  – Adapted from Gianni Rodari’s work. Colombina, Balanzone and Arlecchino will bring your children through The Town of Fears, The Words Market, and play The Little Box Game. 3 actors. For children 5+

Viva la Befana with Happy Fanny! – Meet Happy Fanny, a sweet Befana assistant who has only one problem: she forgets things. Befana loves her and gives her various chores that usually Happy Fanny forgets finding herself in trouble. The children will save her, every time, and they will help her to go back home to Befana.
For children 5+