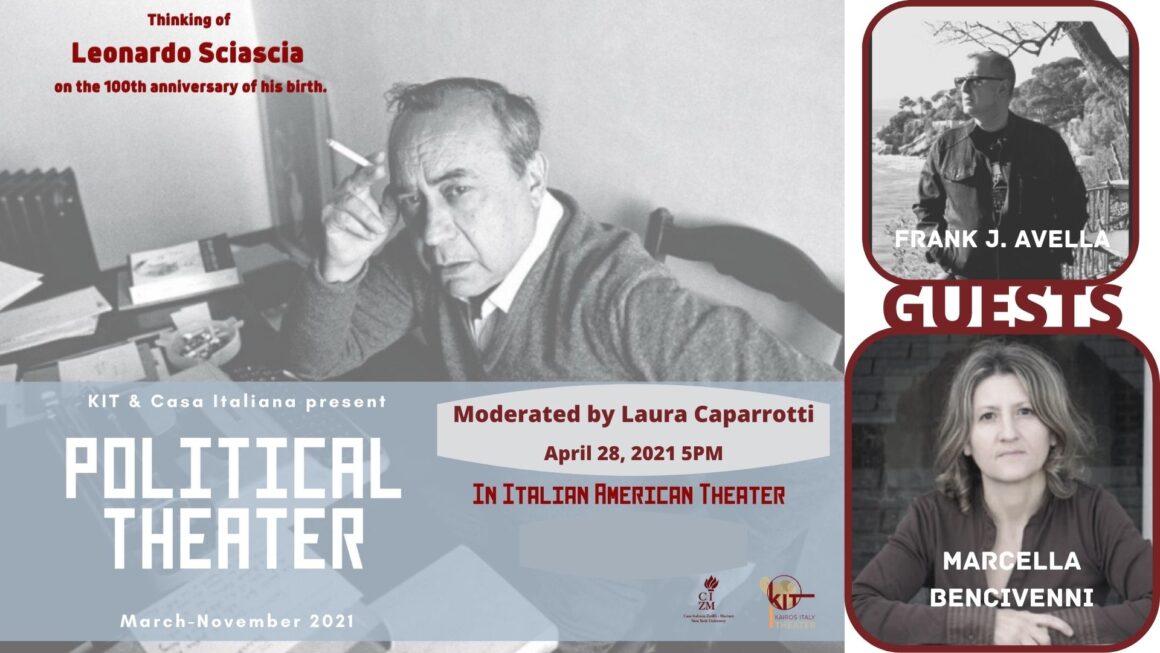 After the introductory remarks on the history of Political theater in Italian American Theater by Frank J. Avella, Laura Caparrotti (KIT) talks with Marcella Bencivenni (Hostos University) on the Italian American theater at the beginning of the past century. Excerpts of Italian American plays by KIT members will be included in the talk.

Marcella Bencivenni – A native Italian and CUNY Graduate Center alumna, Marcella Bencivenni has been teaching history at Hostos since 2004. Her research focuses on the histories of immigration, labor, and social movements in the modern United States, with a particular interest in the Italian diaspora. She is the author of Italian Immigrant Radical Culture: The Idealism of the Sovversivi in the United States, 1890-1940 (NYU Press, 2011, repr. 2014), and co-editor of Radical Perspectives on Immigration (Routledge, 2008), a special issue of the journal Socialism and Democracy of which she is an editorial board member.