On the Italian Stage: Teatro Politico 1 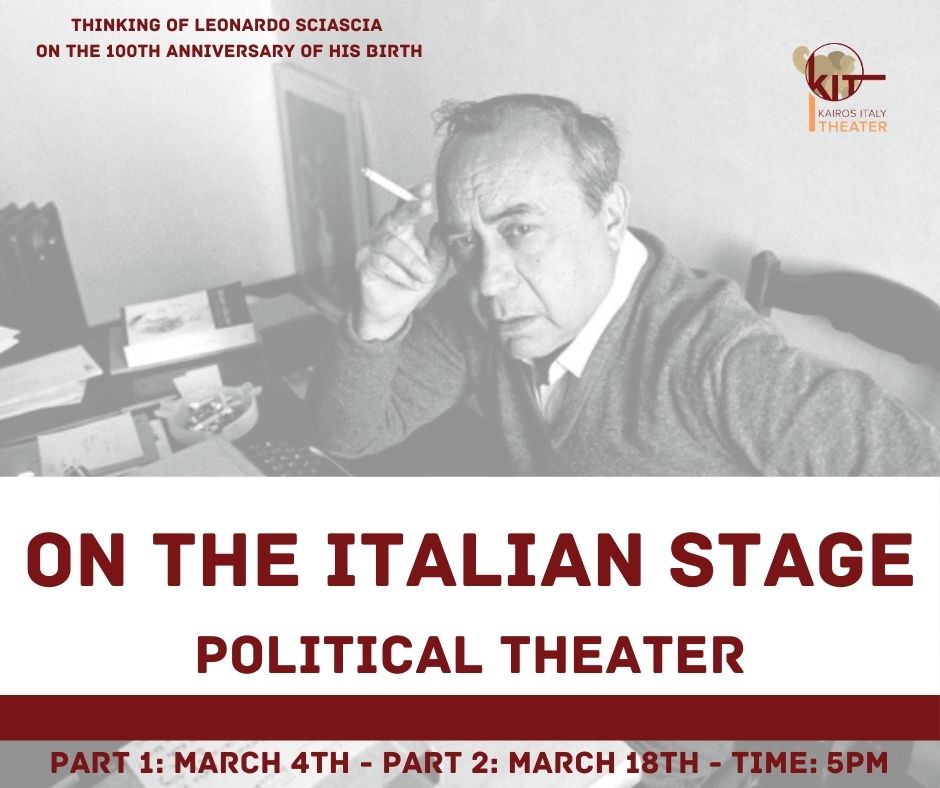 On the Italian Stage is a series of encounters conceived and led by Laura Caparrotti (Artistic Director, Kairos Italy Theater) that journeys into the history of Italian Theater to explore its language, and its contribution to Italian society and world theater.
Participation is free. RSVP is MANDATORY.
Please note: Casa Italiana hosts but does not interfere with the programming choices of the lectures. For all information, please contact the coordinator of the lecture series, Laura Caparrotti, at info@kitheater.com.

In Italy there is a long-standing tradition of political theater, from Machiavelli with La Mandragola to the works of Dario Fo, the most recognizable name for contemporary Italian political theater. But what is considered political theater in Italy? Who are the many authors who have written plays on or about a political situation? Are there women authors among them? Did this kind of play encounter obstacles and undergo censorship?

This two-part encounter series will provide many answers together with a journey into Italy’s political writings for the stage as well as offer an overview of what events brought to the creation of such plays. The participants will be provided with material to read and watch before and after the class.

This first encounter will focus first on what Political Theater is. Each participant will bring one example of Political Theater and the definition will be briefly discussed. Political Theater, in its most strict form, means talking and/or referring to real Political events. In Italy, this form was developed mostly during the 1960s. Starting from the writer KIT celebrates in 2021, Leonardo Sciascia, the first class will then go back in time to examine Teatro Politico from the Renaissance to the 1920s, from Machiavelli to Petrolini, including the political situations they dealt with and the censorship they suffered.