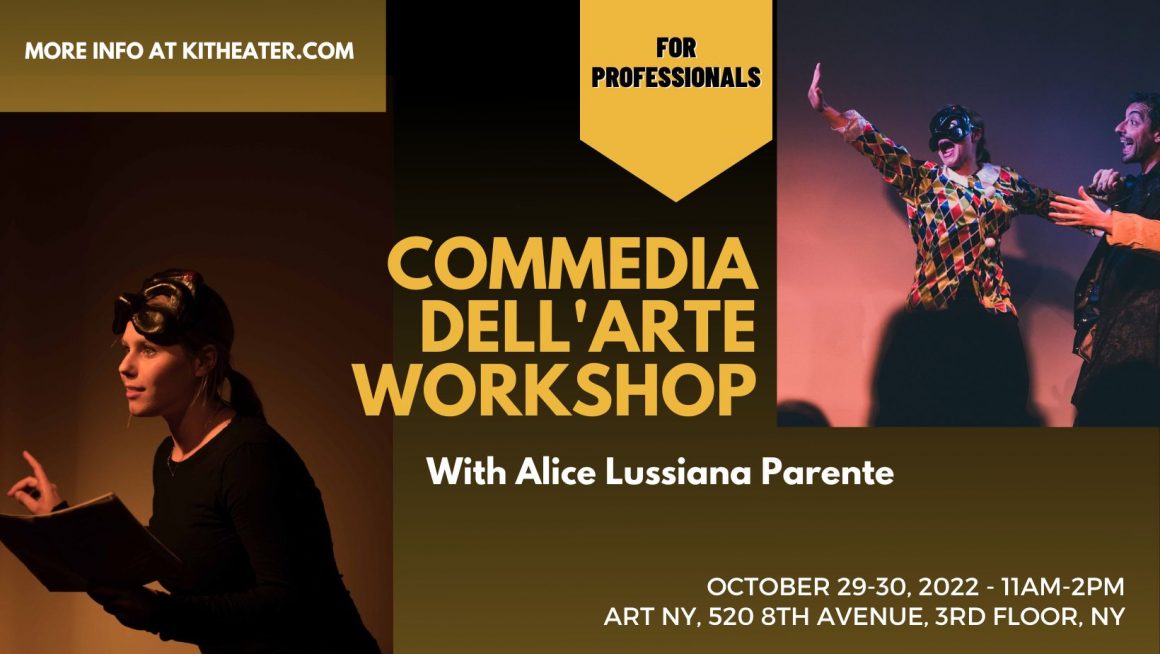 This workshop is designed to provide a solid background about the Commedia dell’Arte’s history, its characteristics and techniques.

Through the study of gestures, the use of masks and the relationship between characters (Servant and Master) the participants will learn how to approach the traditional “fixed types” using gestures, grammelot, lazi and canovacci.

Program – DAY 2  (The Relationship with the Audience)

– Communication and relationship with the audience. 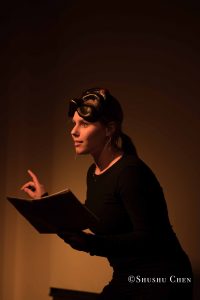 Born and raised in Italy she started studying commedia dell’arte with Eugenio Allegri in 2010. She took part of the international project: Comici Scavalcamontagne and following her initial training she toured in North Italy (for the prestigious festival Teatro a Corte) and France (GAP) with the show Il Falso Magnifico directed by Eugenio Allegri where she played Colombina. She then started assisting Italian actor and educator Oscar Ferrari in his commedia dell’arte workshop and kept studying Mime with Marcel Marceu’s first assistant Elena Serra.

Alice moved to New York to attend The stella adler studio of acting, during these years she kept expanding her knowledge of Commedia and Mask work with Elena Zucker (Neutral Mask), Carine Montbertrand (Commedia dell’Arte) and Mime (Bill Bowers).

After graduation she immediately started working with Kairos Italy Theatre, where she performed at Casa Italiana Zerilli Marimò in On the Italian Stage curated by Laura Caparrotti where she played Arlecchino. She also played Colombina in Story of All Stories produced by Kairos Italy Theater.

Over the past years Alice taught commedia in Poughkeepsie at the JPAC performing art center, Rattlestick, La Scuola D’Italia Guglielmo Marconi, The Flea Theatre (for The Fled Collective) and is now the head of the educational program of Kairos Italy Theater.

Alice was praised by broadwayworld.com for her portrayal of both sets of Dromios in a comedy of Errors:
“Alice Lussiana Parente uses her strong background in Commedia Dell’arte to create moments of comedic gold — watching her is such a delight”