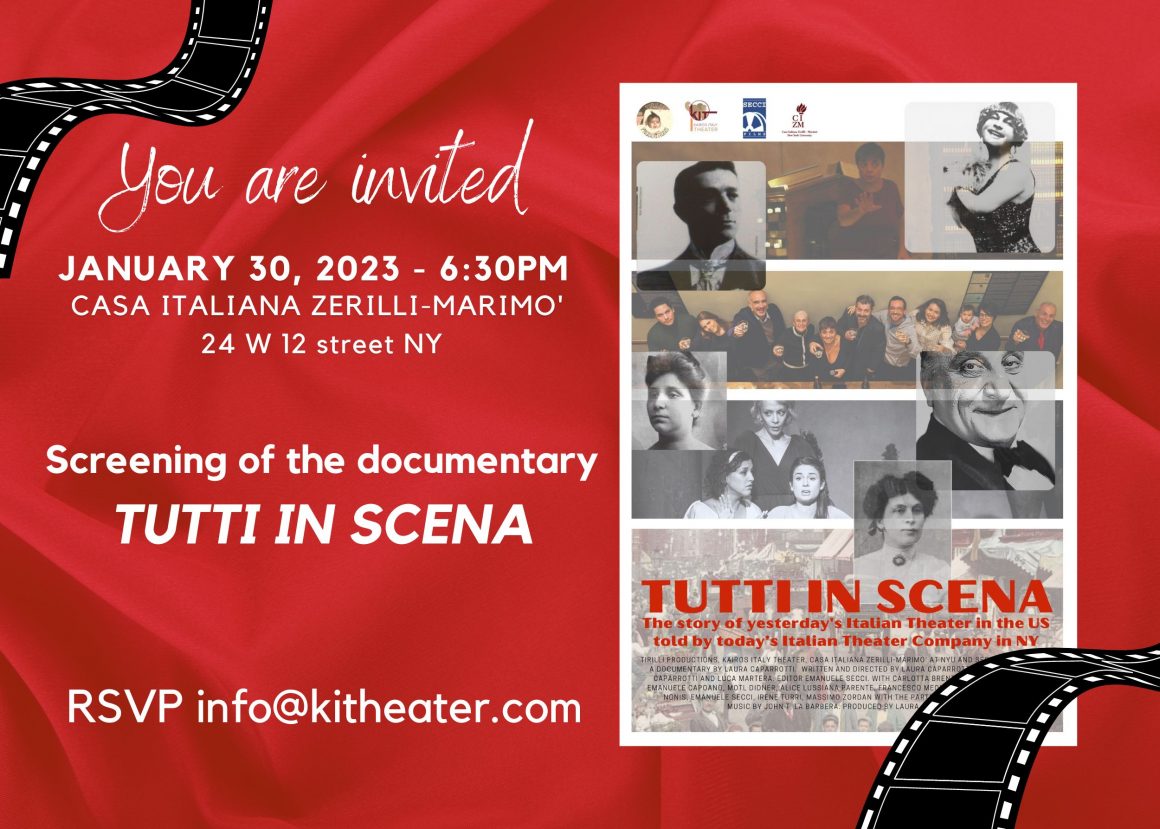 Followed by a Q&A with the director and other protagonists of the film.

The history of Italian American theater is little known even though it was alive and well since Lorenzo Da Ponte presented the first operas in Italian at the Park Theater in the 1800s before creating the Teatro Italiano (later The National Theater). Da Ponte even wrote one-act plays in Italian for his students at Columbia College.

Our story begins at NYU Casa Italiana Zerilli-Marimò in 2020 when KIT-Kairos Italy Theater in New York, internationally recognized as the Italian Theater Company in New York, celebrated its 20th anniversary. Starting from KIT members and activities, the documentary traces back to the time when Italian American theater started to become prolific in the NY area. While revealing moving and funny aspects related to the Italian American Theater and therefore to Italian immigration, the film takes us to some of the locations of Italian theaters in order to revisit those times that bring us all the way to today’s Italian theater in NY.

Videos, images, sounds – and plays – from another era and interviews with scholars bring back the golden age of Italian American theater while the actors of today’s Italian theater close the gap by telling their own stories, and presenting the repertory of the time while proving that Italians are still contributing to the culture and the vitality of the United States of America and that many decades later Italian theater is successful and still able to talk about everyday life as well as social and political issues.